I’m Mark Molloy — a software developer and inventor who has moved into the wholesale diamond market space as a co-founder of Liquid Diamonds Inc. When I first got introduced to the industry, I was surprised that most people had no idea what the price of a diamond was. Instead, they knew the percentage off the Rapaport Price List (“Rap”) they would pay or accept. So “37 back” meant 37% less than the price that would be calculated for a stone using Rap. And:

Being a student of how markets work, I found this very curious. My conclusions:

In a sense, the Rapaport Price List has developed problems stemming from its own acceptance and success:

What, then, does the existence or particulars of a “wholesale price list” have to do with diamonds being a liquid market? Very little.

Where would a “wholesale price list” such as Rap fit in here?  It would be replaced by a dynamic listing of moving average prices for each shape/carats/color/clarity category, which could be useful for planning, etc. Because these values would be constantly changing, buyers and sellers would have to learn to think, negotiate, and remember prices in per-carat terms.  By having a historical price list (e.g. March 2020) and conversion tool readily available, this should be easy.
But in a liquid market, the marketplace would set prices, as described above. Stay tuned. 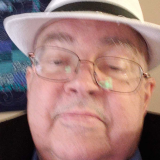 Mark is one of the co-founders of Liquid Diamonds. He has 13 patents in 5 different subject areas including the Universal Continuous Double Auction technology that is core to the Liquid Diamonds trading platform.

A graduate from UC Irvine. he has specialized in Fault Tolerant Computing and Distributed Transaction Processing during his tenure at Tandem Computers. Compaq. and TANTAU Software.

Liquid Diamonds is a B2B online exchange for certified diamonds; think Nasdaq for Diamonds. We are backed by Techstars, one of the largest venture capital firms in the US.

We allow diamond manufacturers, diamond traders, retail jewelers as well as financial investors to trade on a single global trading platform. Using our patented exchange technology, we enable the benefits of a commodity exchange – price discovery and liquidity – to diamonds for the first time.